Axel is a 6 year old EBT, he is a friendly boy but can be a bit crazy but in a good way, we are looking for a home that has had experience with EBT’s and their quirky ways, he is not a first time dog.
We think Axel would be better suited to a child and pet free home, Axel has had surgery on his back leg so exercise will need to be kept at a minimum to start with. If you think you have the experience and the time for Axel please fill the online application form in, this doesn’t mean you will definitely be able to rehome him as we look at all the applications and find what we believe to be the best home for Axel. 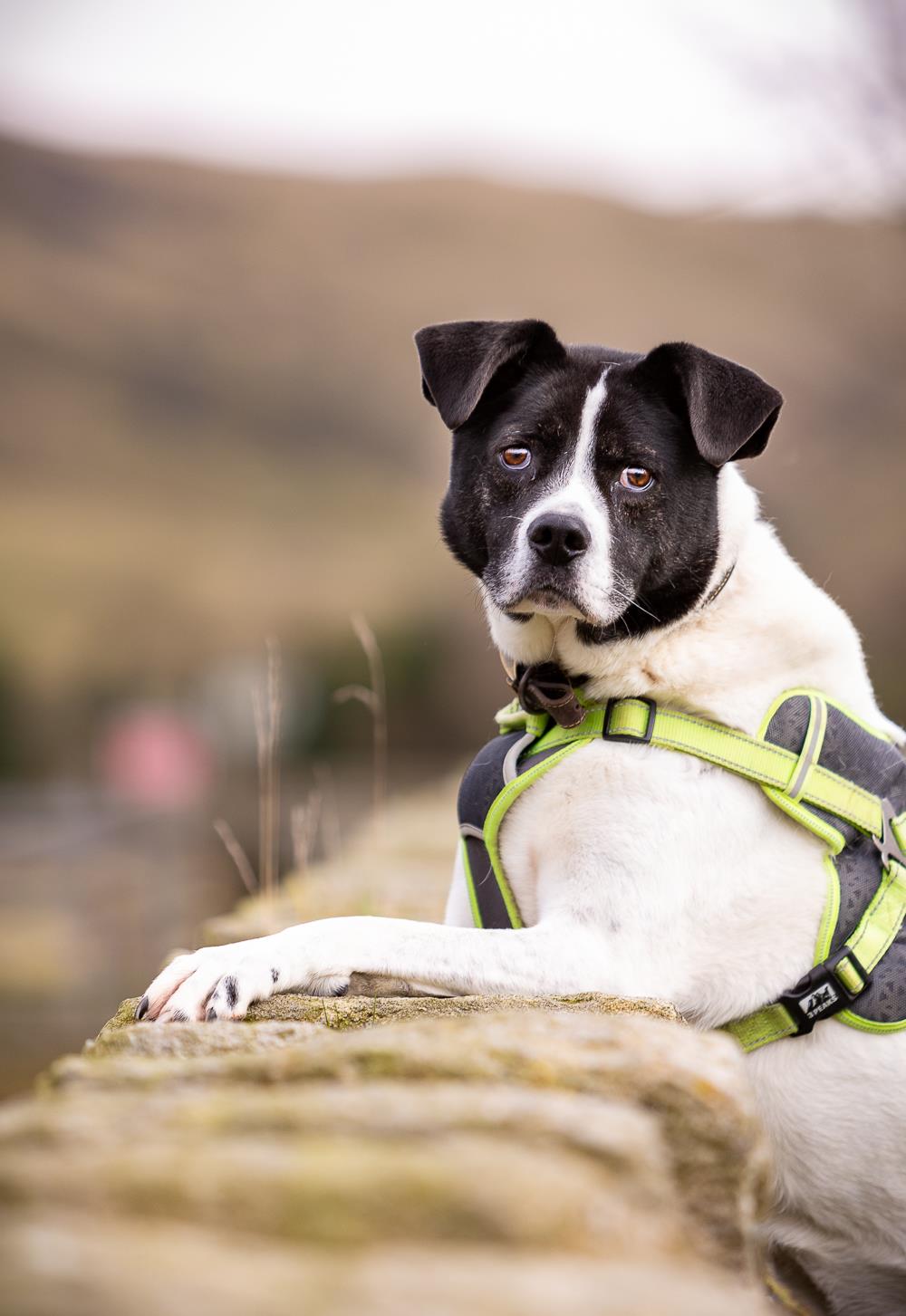 Arguably Bleakholt’s most popular resident, Humbug, was born on site back in 2014 and was returned just 5 months later through little fault of his own and has been with us ever since.
Having spent most of his life in a kennel environment, he is a complex little soul with his own insecurities and phobias particularly in a household environment (as you can imagine) and therefore we are looking for a committed home that is willing to create a supportive environment and continue his training programme.
Humbug can be a little unsure of meeting new people initially, but with a slow and steady introduction, you will quickly have a new best friend – be prepared for some serious cuddles and smooches! Humbug insists!
Likewise, he can be a little unsure of new/passing dogs out on a walk, which can cause him to react sometimes on lead. However, all of the above issues we have been working on continuously with our on-site behaviourist and Humbug has made huge progress in recent months – as we will demonstrate, he is a superstar with his training! He has even starred in an online training course as the demo dog!
Similarly, Humbug has been lucky enough to have had an amazing (weekend) foster home for the last few years which has done wonders for his confidence and behaviour.
We are looking for a home environment with no children or other pets and preferably a home with dog owning experience.
As part of the rehoming process on-site visits would include several appointments with our behaviourist and ongoing support post adoption would be provided to help you settle in.