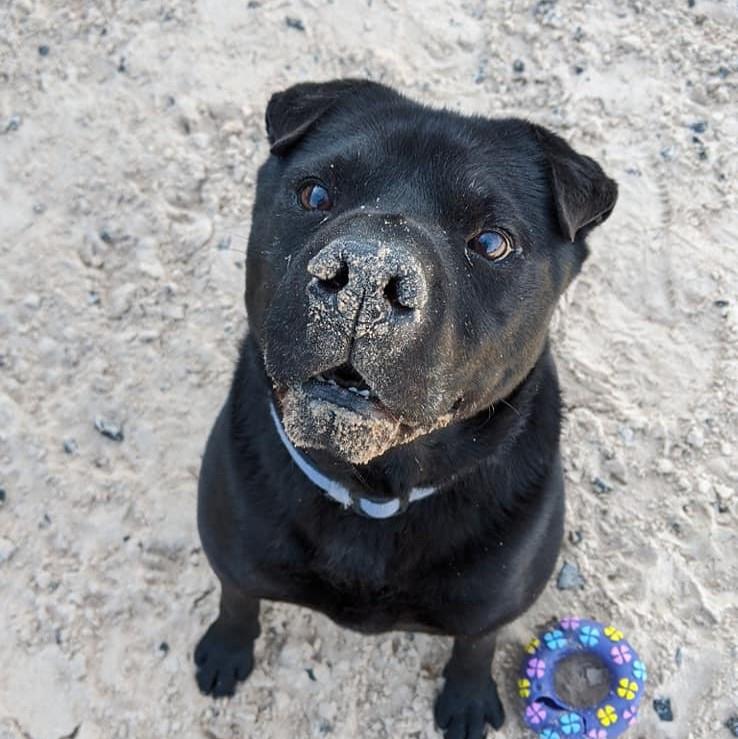 Dexter is a beautiful nine year old Lab cross Shar-Pei who came to Bleakholt due to a change in his owners circumstances. He did find a new home but was returned as he nipped the child in the home, this was out of character for Dexter and he was very bonded with the child. Dexter has typical Shar Pei characteristics, he takes well to some people yet dislikes others. He will need a few slow meets with any potential new home. Once he is bonded with you he is a very loyal, playful and loving boy. Dexter is looking for a new home as the only pet and an adult only home. He would be more suited to a quiet home without many visitors and he is not suitable for a first time dog owner. 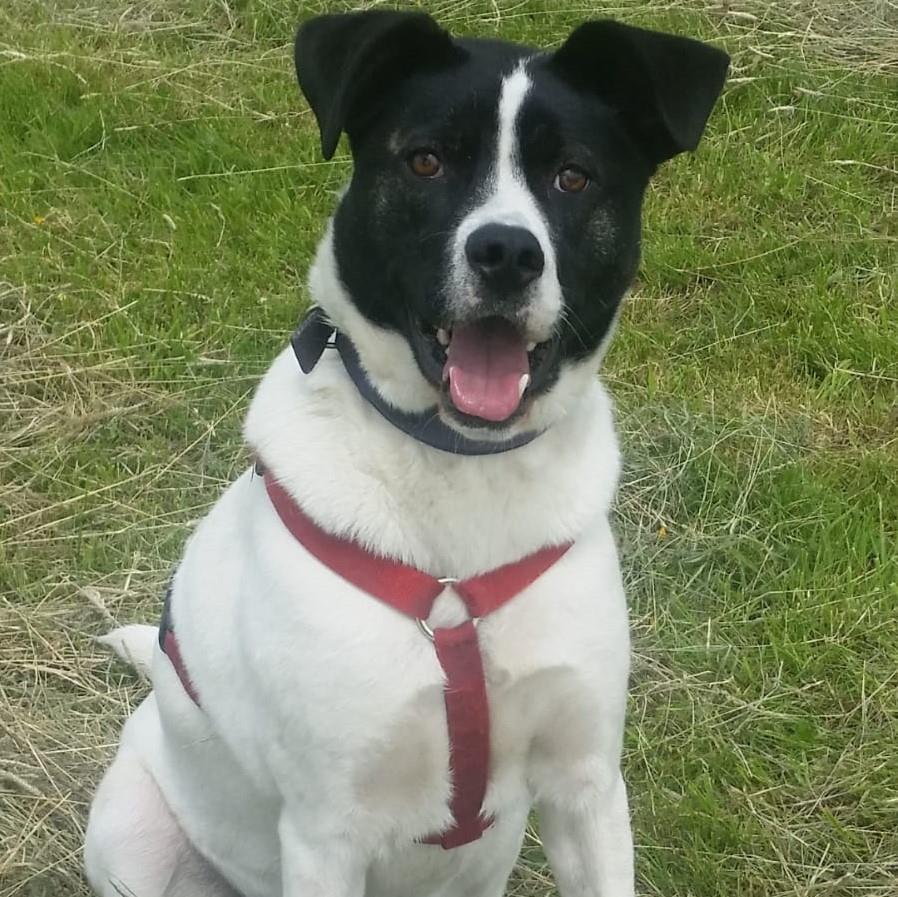 The handsome Humbug is a six year old Akita Cross. He has quite a sad story as he was born here and then adopted, but after only 5 months of being in his new home he was returned back to us through no fault of his own and sadly has been here ever since.
As Humbug has lived in a kennel environment for most of his life he can be a very anxious boy of new environments, he has improved greatly through spending time in a foster home but will need a quiet and calm transition into a home . He is quite wary of new faces so needs time to get to know people and will require a new owner committed to coming up a lot to spend time with him.
Once familiar with you he is the most loving, loyal and adorable friend.
Humbug does require a home without children or other pets. Out and about he doesn’t pay much attention to other dogs but would need to be the only dog in the home. Humbug is not suitable for a first time dog owner.